Alex and his Bushmaster

This weekend we got the group together and stacked 12 does. Alex never got a shot opportunity and Monday was busy so yesterday I did a very small push for him. He was within sight the whole time and had 20 deer go by, but the does were too numerous and were shielding the big buck. He said "I could have shot him in the guts or the neck so decided to wait, and didnt get another shot"

I was quote proud of him because I know a lot of adults who'd have admittedly sunk one in the guts, or tried a head shot, and took their chances. He was pumped to see a big deer under 40 yards and I said we'd try it again tonight. I picked him up early from school and we drove out to the same ditch. With no wind the leaves were super crunchy and we had to alter our plan, but I was pretty confident that if there was a deer in the ditch, they'd go by him.

I swung a little larger loop and 10 minutes into it I suddenly heard a "Kch-POW!" I cut across to where he was and saw him sitting there holding the Bushmaster and looking at a big ol slickhead 20 yards away. Last thing I said, "if you shoot one, safety the gun and sit down", which is exactly what he did.

Not a big buck story, but he was pumped because this means he can shoot "the big gun" now. It was a quarter too shot and he shot it perfectly. 450 Bushmaster upper with a 1-4x Vortex Crossfire scope shooting 250 grain Hornady "Black" ammo off a Caldwell field tripod. I dont much care for Hornady ammo, but this round has been dropping deer like flies for me. Also put a limb saver recoil pad on there, use said it didnt kick at all. Bonus

This is the 1st time he has been "kinda by himself", or at least not with me breathing down his neck in the blind. They grow up fast, but now we're entering a whole new realm of hunting 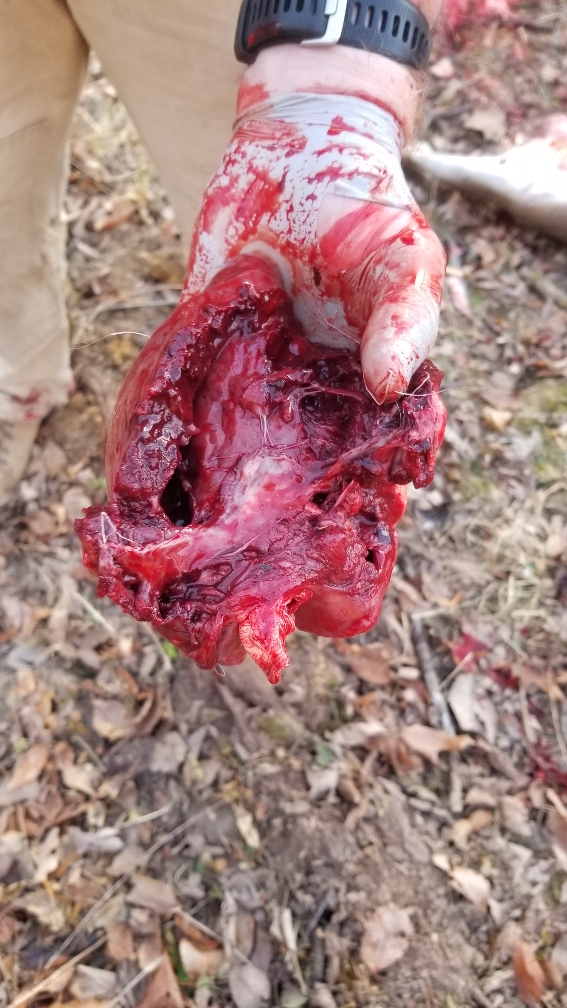 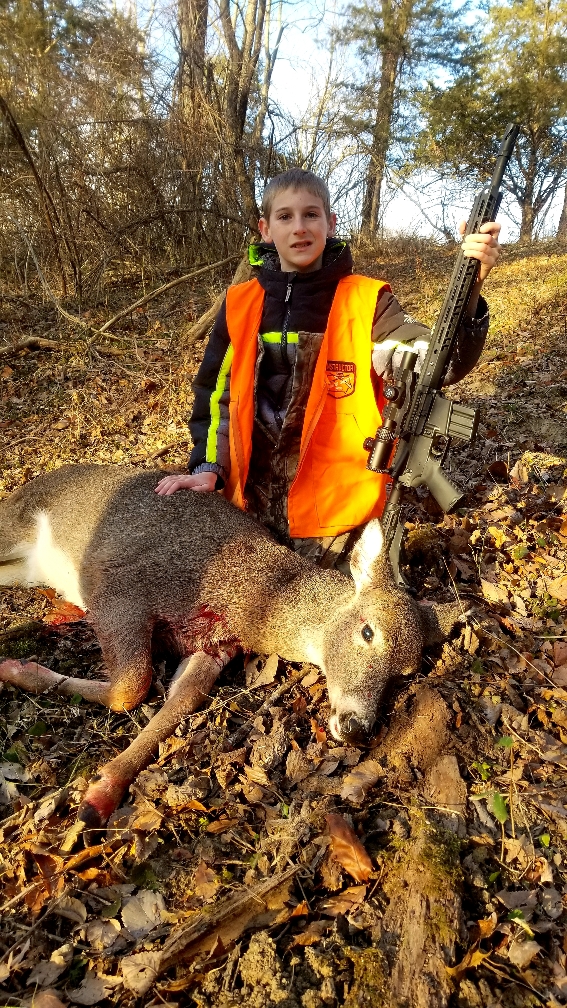 Sent from my SM-G950U using Tapatalk

The Heart has way too much damage!!

scottonbuck said:
The Heart has way too much damage!!
Click to expand...

He did the double arm side slap in frustration

Good job. Shot one with the same load, tore both lungs up.

Nice...congrats to Alex and Muddy too.

Great shot Alex. That is some serious damage.

Atta boy Alex! I love seeing these kids fired up outdoors and involved!
B

That's awesome. Won't be long now and he will be wreaking havoc on the herd all by himself

Excellent!!
And, ya, they sure do grow up fast. Fun times ahead.