An all day hunt in the 7th was exciting and frustrating. Saw a dozen different bucks, but only 1 shooter. He came in fast through the first shooting lane, stopped at 12 yards behind brush and turned directly away just as he hit the 2nd shooting lane. Maybe just as well as I found out my ripcord rest doesn't like the cold. It didn't drop on a practice shot Thursday so off to the bow shop. They found nothing wrong and I shot 40 arrows with no issue. On my hike in Friday morning in the dark, I took a practice shot and it would not drop. Tried several more and ended up breaking off both support arms with the fletching as it would never drop. I was a bit upset! Hiked on in and took a practice shot at 16 yards which was 4 inches low so I limited myself to 20 yards max. It was cool to hunt in the snow during the rut. Saw deer I am sure would have missed without the snow Afew bucks spotted, but no shooters so back to the bow shop for a new rest Friday night. Took a break Saturday.

Back to the same area Sunday morning as Wednesday. Saw a few doe and small bucks early. Then saw a crusing buck every hour or two. Around 2:30 I saw a big bodied deer at 80 yards. Binos showed he was a wide 6 pointer that was definitely mature. Can call and grunt didn't interest him and he walked away. I decide if he gave me a shot, I would kill him knowing he would not score much, but was certainly mature and just looked cool as a big old 6.

Around 3:30 I look up to see him trotting right at me. He was on a mission. I stopped him and took the shot - which was low and broke the near leg. I could tell he was hunting as he stopped 75 yards and bedded quickly. He tried to get up a couple times, but bedded right back down. A young buck approached him and he let out a loud growl/grunt. I am not sure if that did it, but within a few minutes I was covered up in bucks. 3 more bucks arrived. A tall 8 approached and brissled up for a fight. He got the 6 up, but he bedded again and the 8 walked off.

I slipped down, stalked over and put a finishing shot on him.

Sorry for the truck picture, but had to get one with the bow to follow the rules. 113 4/8 for team #1. I hope to improve that score with my other tag, but was very happy to take out this old dude.

A big thanks to my son for the assist in getting him out. Oh, had a boot failure after field dressing him so walked probably 3/4 of a mile with no sole on one boot.

The cart pic gives you an idea of the neck and chest. He was definitely a "front heavy" buck.

And, that is the last ring on that arrow as he broke the arrow.

The last pic is my collection of arrows that took 5 or more deer. 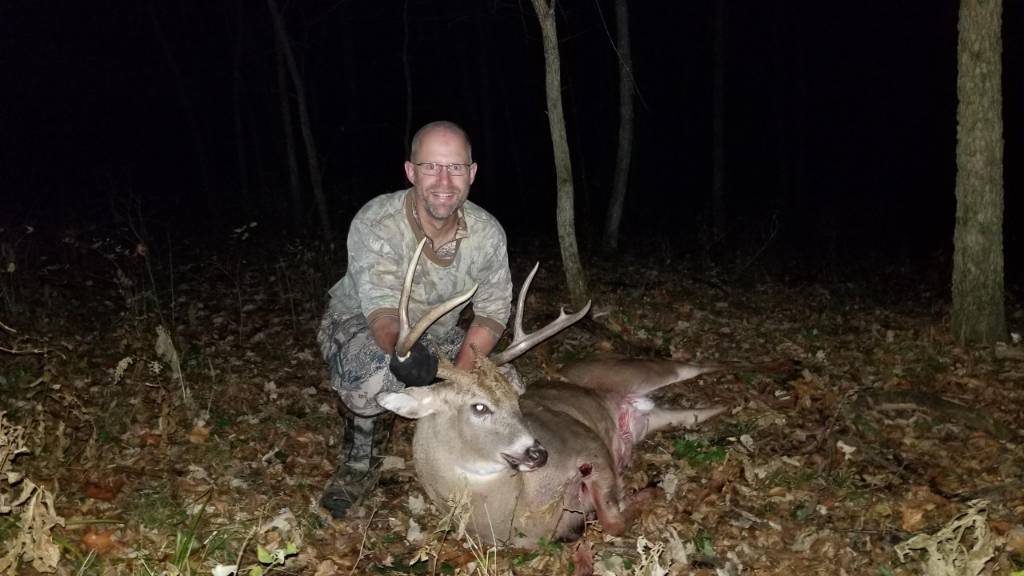 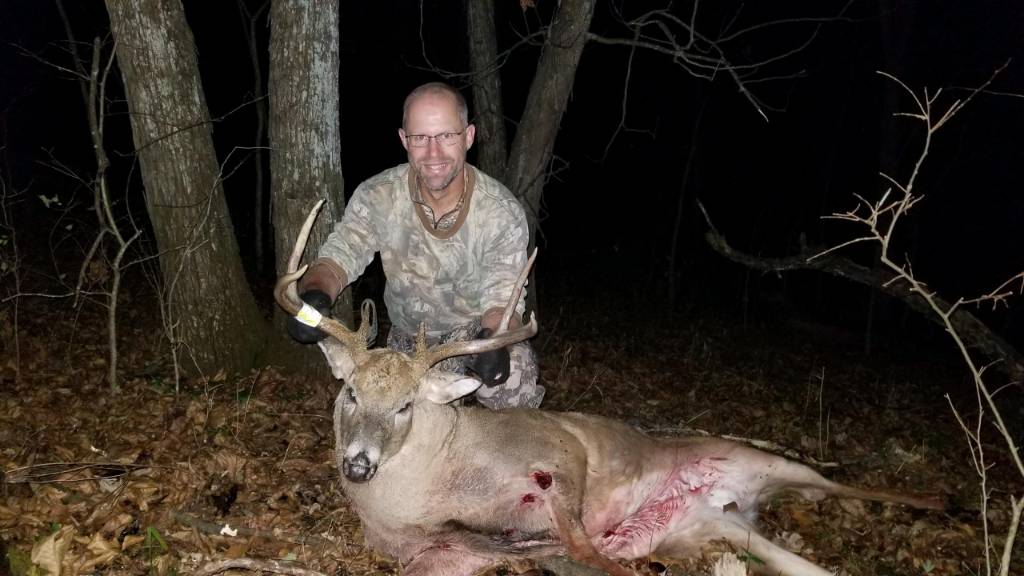 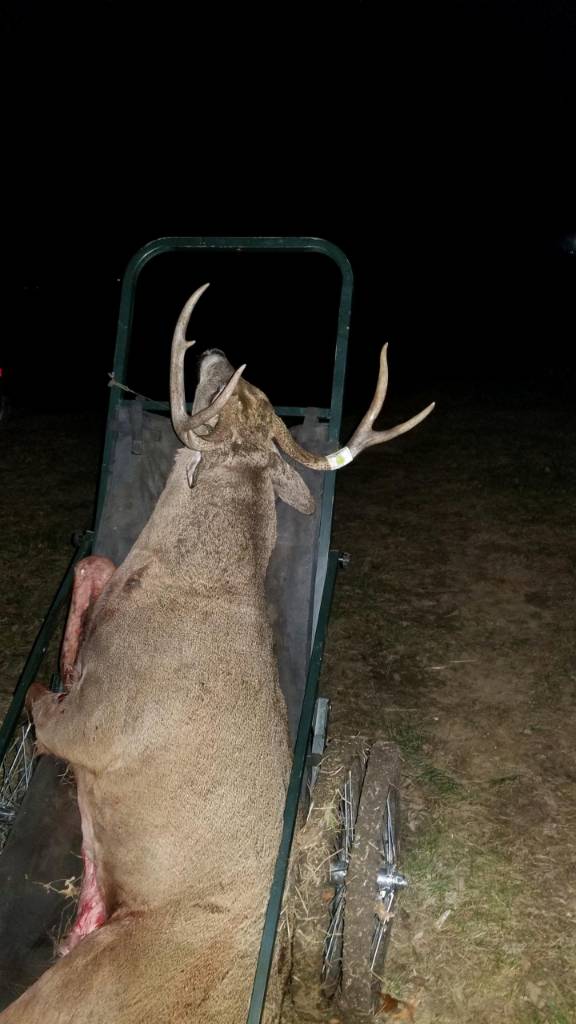 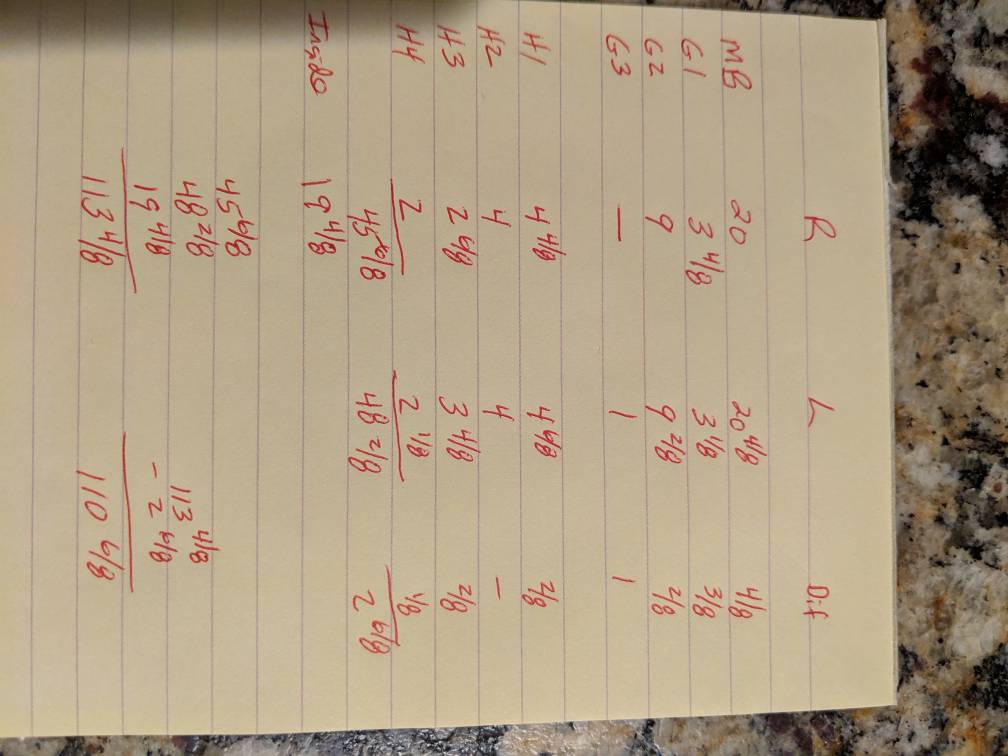 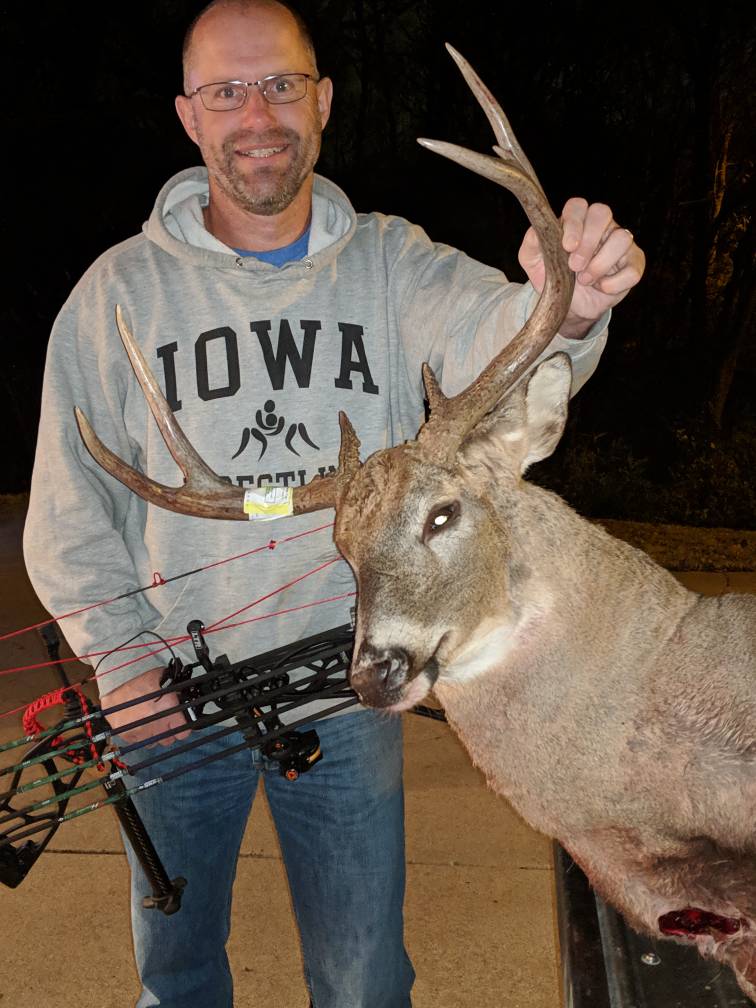 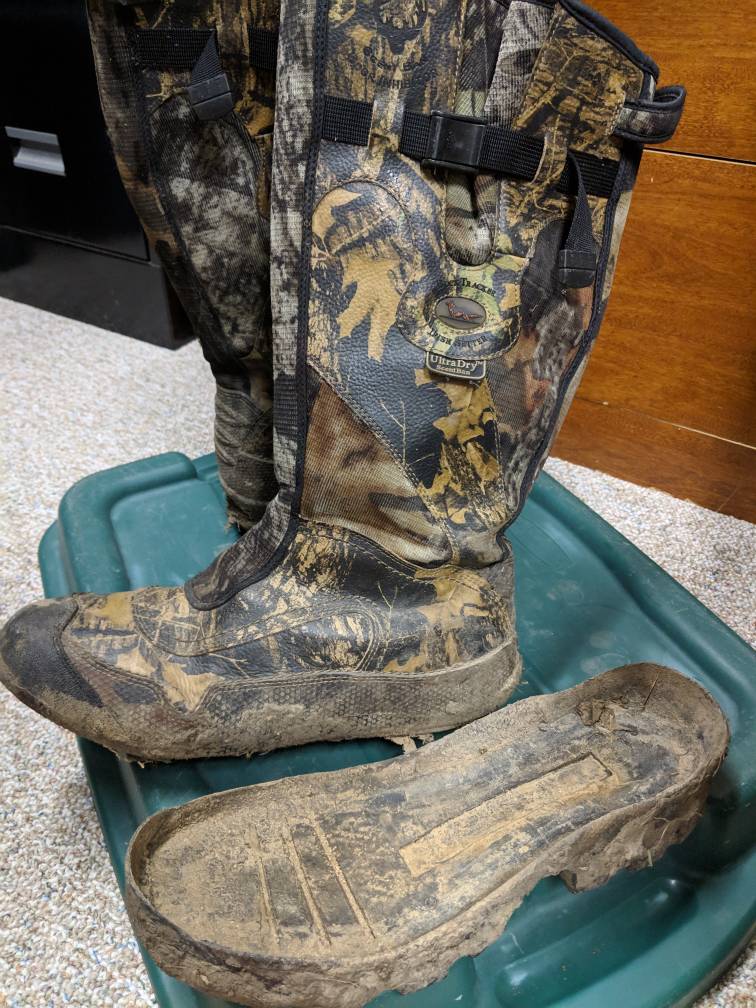 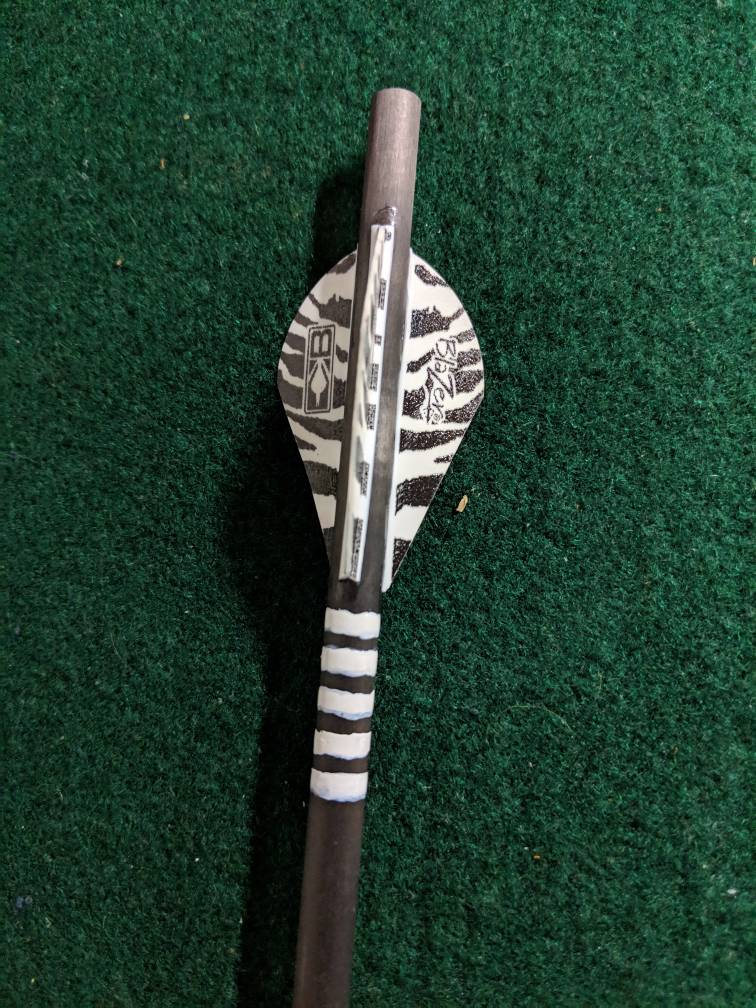 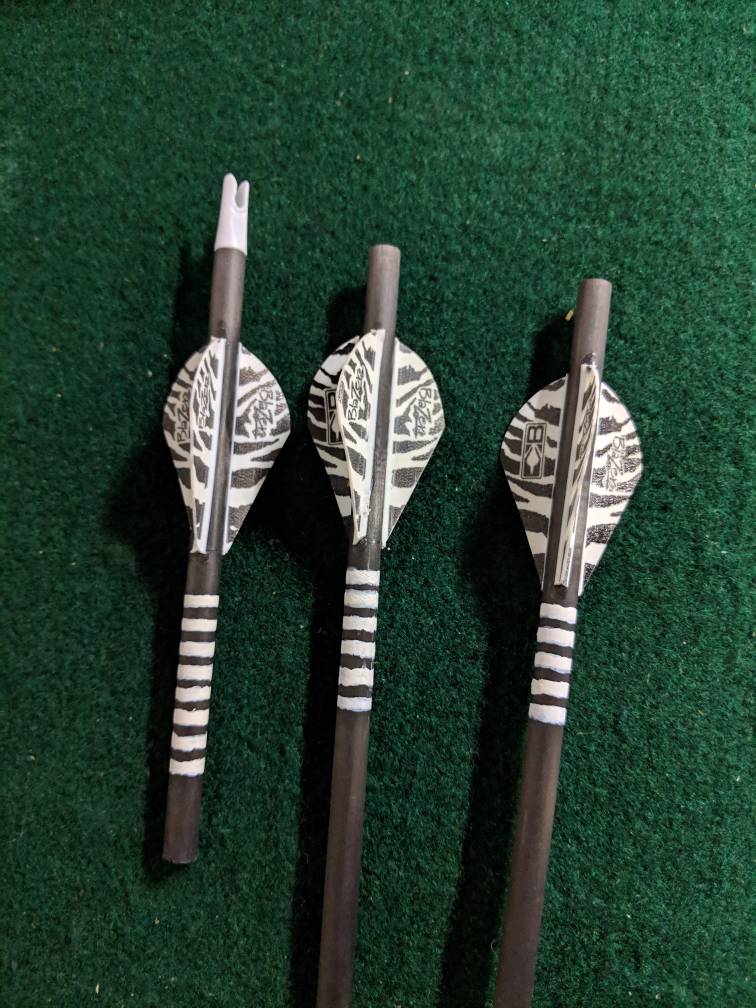 Staff member
Great story And buck. I’d love to get a crack at big ol 6 this year!!! Congrats!!!!

Congrats on the big six!!
B