We’ve been getting neighbors coon dogs on my dads farm a lot the last month. And it’s not just these past few weeks this has happened the last 3/4 years. We let him know about it every time, but he doesn’t seem to care. They’re usually running deer, and not not just our place either, we’ve talked to other neighbors. Anybody else deal with this? Best option?? Thx 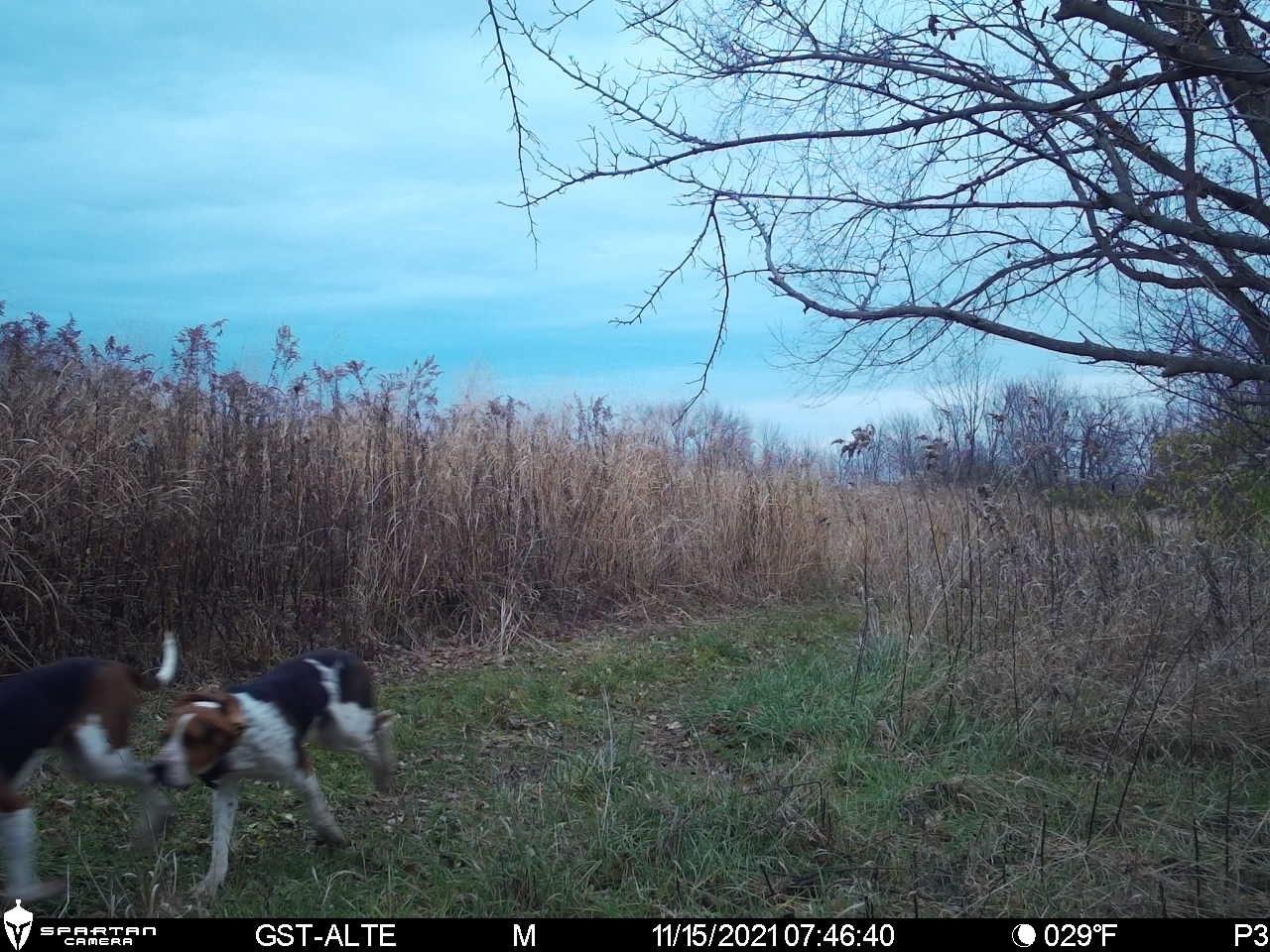 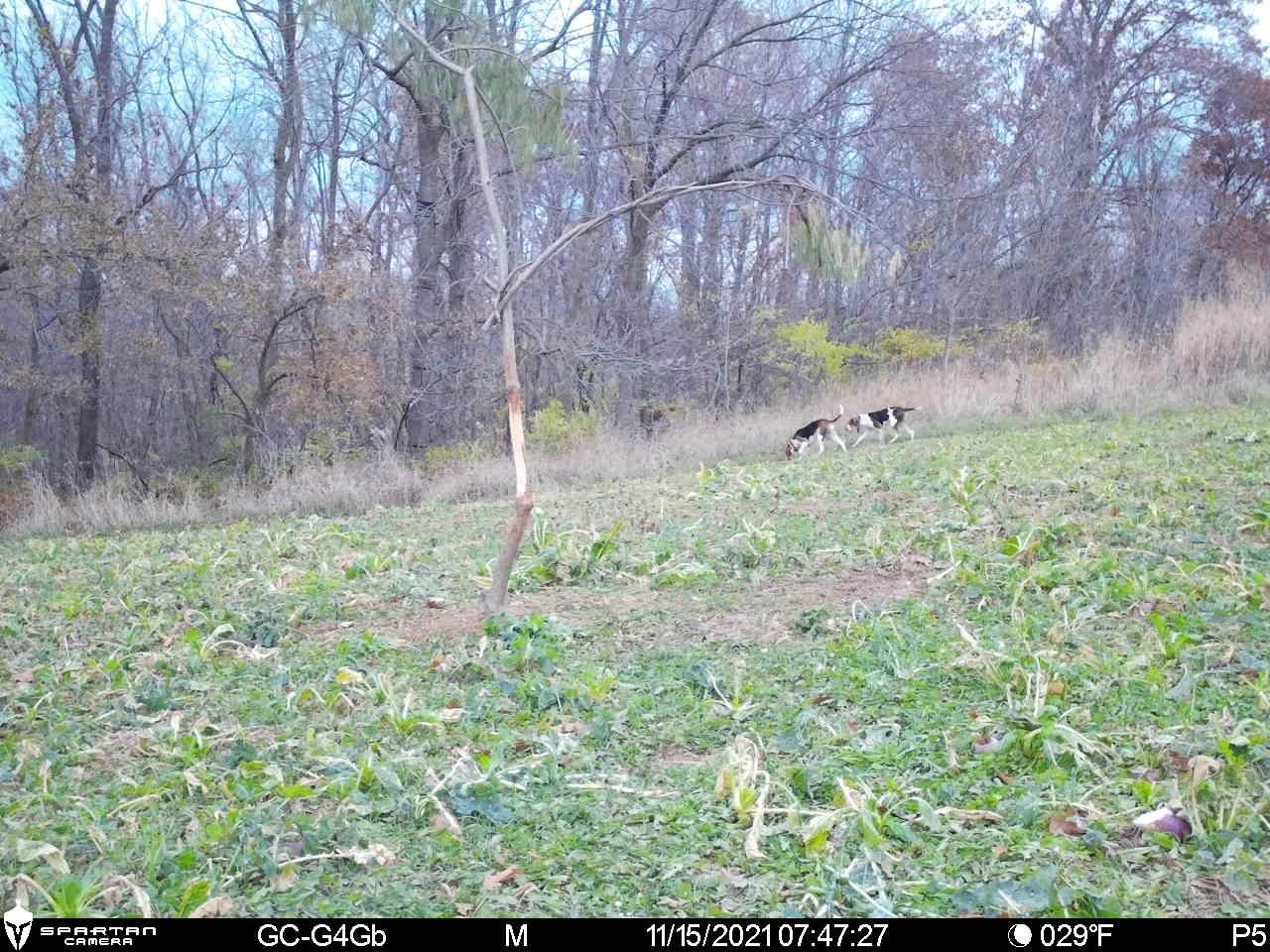 I’ll get flamed for this, but SSS.

and there’s usually 4 of them

Neighbors can suck! Had some that moved to the country and adopted a bunch of dogs that had been “chained” in their previous situations to allow them to live their “natural life”. Um, yeah, right. I called the sheriff and local DNR CO. They visited them. Things didn’t change.

I’ve owned dogs most of my life, protection or hunting breeds. I’ve kept them from roaming as part of being a responsible owner. So not anti dog. They will do what their owner allows.

Did the sheriff route, hasn’t seemed to help much, maybe for a few days. I don’t get it, he has gps collars on them. Usually if they’re barking he’s got them penned up. If no barking they’re usually roaming the neighborhood. Probably gets sick of them barking constantly. I have 2 dogs myself, I’m a dog person as well, but dude com’on! I’d like to catch em and drop them off about 30 miles away.

Drop them at the local pound so he has to bail them out?


Sent from my iPhone using Tapatalk
B

Try a scare tactic. Let them know you had a coyote problem and got the local trapper to come out and hang 50 snares. But judging by the info you gave I doubt anything changes

I think you know what needs to happen.

If you can catch them take to the pound it will cost him to get them back . I took 2 last yr! Works great!

They're repeatedly illegally trespassing and hunting YOUR land, and ruining your personal hunting experience. Conversations with responsible parties and law enforcement isn't working. Unfortunately, I see only one choice you have for removing the dogs from your property.
C

Those of us that grew up in the country raising livestock know the answer. Neighbors get one or two warnings. It sucks but some people have no respect for their neighbors or pets.
D

I'd snare them (using stops) and take them to the pound, again and again if i have to. I think the release fees go up each infraction.
Maybe they'll get the hint.
If there are 4 of them, it's going to get expensive.

Don't know what your laws are but in Sask it's legal to shoot dogs caught chasing wild game. The owners usually figure out how to keep 'em home once they are made aware of that law.

Buckscrape said:
Don't know what your laws are but in Sask it's legal to shoot dogs caught chasing wild game. The owners usually figure out how to keep 'em home once they are made aware of that law.
Click to expand...

It's also illegal to willfully allow your dogs to run free and trespass on your neighbors property. Since the free ranging dog laws aren't being enforced, the dog owners don't feel obligated to abide by the law. What other choice do you have? At this point, the dog owner holds ALL of the power and has complete control over his neighbors property. That's not how things work. Free ranging dogs disappear all the time.

Those look like coyote running hounds?
Nothing ends up well in the long run with free roaming dogs.
C

JNRBRONC said:
I’ll get flamed for this, but SSS.


Sent from my iPhone using Tapatalk
Click to expand...

SSS--yep, been there done that

I agree look like coyote dogs. Wouldn't think if they were coon dogs they would be running loose during the day, especially with collars on. I get how frustrating it is but the SSS method more than likely will get you in a heap of trouble with those gps collars on them. No collars different story. I'd keep pressing your local CO and sheriff. The harder you press the more likely they will get something done. Put pressure on them to enforce the laws that are in place to protect your rights. Do you know the names of the people who own them? With all the stuff going on the last couple years in legislation there are few groups of hound guys that would be more than willing to put pressure on them to get them to stop. That could be another route. They don't want to see the bad apples ruin it for everyone and have been pretty vocal about nocking stuff like this off.

When we moved to the farm when I was a kid, I got a dog that would not stay on the property. Every time we had him off his chain and didn't have an eye on him, he'd slip away and wouldn't come back for a day or three. All of the responsibility was on me/us, but he was a sneaky dog too. He came home one time with a .22 round in his hind leg. No way for us to tell where he picked it up. We stepped up our game of keeping him in check, and he didn't much want to wander for the next few months either, so it made our job easy. After he healed up, we'd become lax and he snuck off again. We never saw him again, so my assumption is the farmer was a better shot that time. I figure that he was either going to spend his life in a kennel or on a chain, or wander like he did and meet his ultimate fate at the end of a neighbors gun.

Point being, even a dog with a GPS collar can pick up a chunk of lead at any unknown point in their explorations, and every farmer I know owns a readily available .22 rifle for dispatching pests.

A long time ago I had a dog that started taking off when the neighbor's dog came around. Was hard to do but I put him down before anyone else had to. Took a while before I got another, but my dogs since then have been better at staying home, (maybe I learned how to be more diligent at keeping them there).

Buckscrape said:
A long time ago I had a dog that started taking off when the neighbor's dog came around. Was hard to do but I put him down before anyone else had to. Took a while before I got another, but my dogs since then have been better at staying home, (maybe I learned how to be more diligent at keeping them there).
Click to expand...

U put your own dog down for wandering off with the neighbors dog from time to time? There were no other alternatives? I put one of my own dogs down b4, but only to stop his terminal suffering. One of the hardest things I've had to do. (My wandering dog experience was in the late 80's. Many dogs since then, and not another wanderer among them.)
You must log in or register to reply here.
Share:
Facebook Twitter Reddit Pinterest Tumblr WhatsApp Email Share Link
Top Bottom