I know, strange name, but there is a solid reason. I had been in a stand twice before, but no luck. I had taken 1/2 day off last Friday to hunt, but the wind was out of the S/SE, which is terrible at my place. I ended up waiting to go until Saturday afternoon, when the wind shifted to being out of the SW/W. I set up on a trail leading to a horizontal rub that I set up, using a white pine branch, courtesy of the Derecho, and Skip who was nice enough to point out where to find a few.
I've been seeing a lot of rubbing on this branch, and a scrape developed under the end of it. Trail cams were showing a LOT of activity on this, until a day before I hunted. Weather turned and the highs were getting into the 60's.
I got to my stand which overlooked this scrape/rub at around 3. Wind was ripping at around 25-30. Not much going on until around 5. 2 does showed up behind me in my clover plot. At around 5:15 I saw a 2 1/2 year oldish buck quite a ways off in the timber, which got my blood pumping a bit to see something on its feet. Right around 5:30, the wind died way down. I started hearing something north of me and noticed a nice buck. I grunted a few times and waited. Then, I see a single doe on the trail leading to the scrape/rub I'm hunting over, which eventually goes to my food plot. I tucked my face inside my jacket as the doe started toward me. I look and notice the buck is following. I got my bow and sat motionless. The doe walked right past me, which was what I had hoped would happen. The buck walked the same path, but stopped at 15 yards at another scrape. He starts licking the branch and is staring right at me. I could tell when he noticed I was there. I just didn't move. He looked away, then right back at me. He then starts walking to follow the doe and when he is straight to my left, he stops and looks at me again. I kept frozen. Then, he just walks right to my horizontal rub. When he got a little ways past me, I drew, put him in my sights and released. 18 yards and a perfect slightly quartering away heart shot. He ran 75-80 yards.
This guy is my personal best. Scored him at 150 and change (gross) and around 145 with a few deductions.
Funny part (well, not that funny) of this story is that the very next day I start showing symptons of Covid. Ended up getting it (whole fam has it). My last personal best, shot in 2008 of 133 inch was when I just wrapped up having H1N1 (posted on IA Whitetail as well).
So I'm lucky and unlucky with this virus crap. Always seeem to get it, but end up with a nice deer to boot.
Family is recovering fine and although still sick, I'm making a solid recovery and should be back in a tree in a week or so to fill a doe tag.
Pics (terrible) added below. Really wish someone would have told me my stupid headlamp was on.
Last edited: Nov 5, 2020 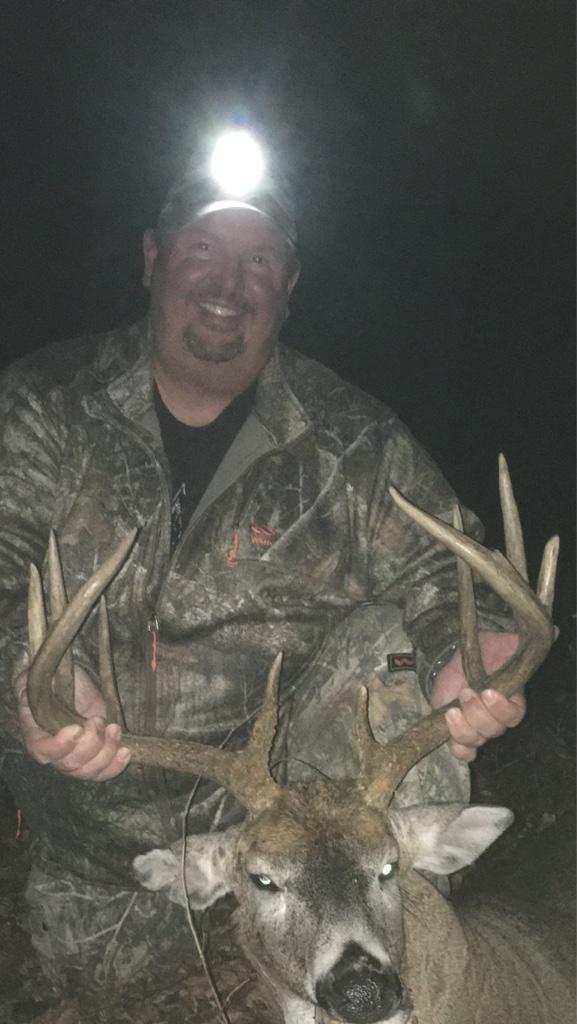 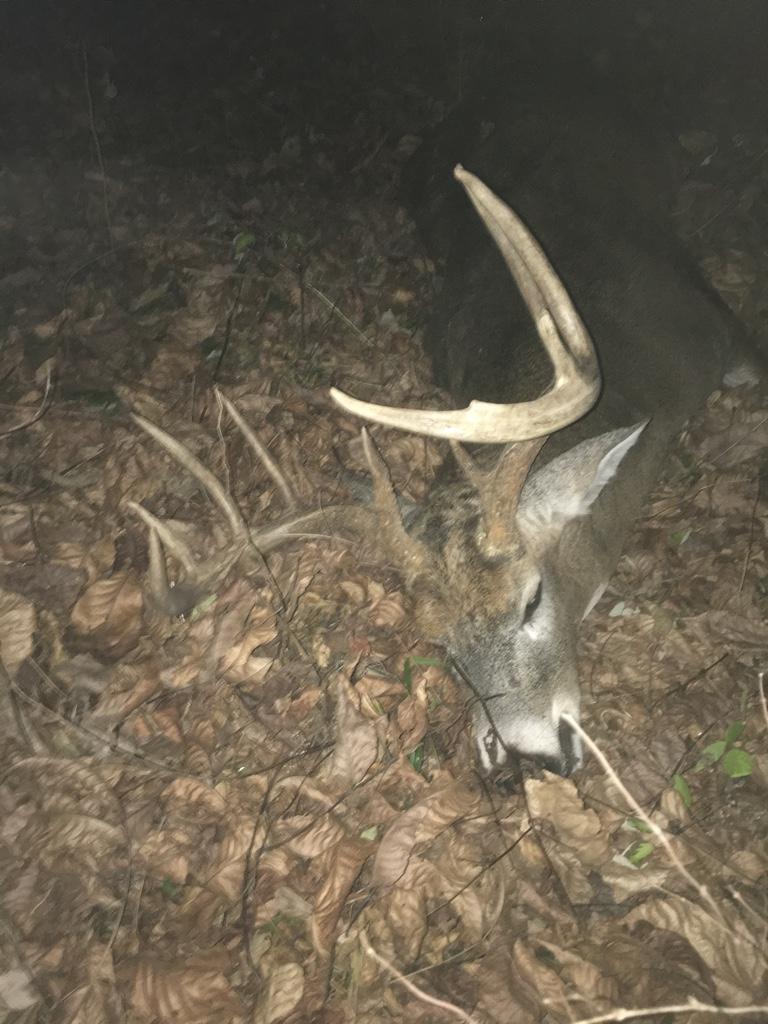 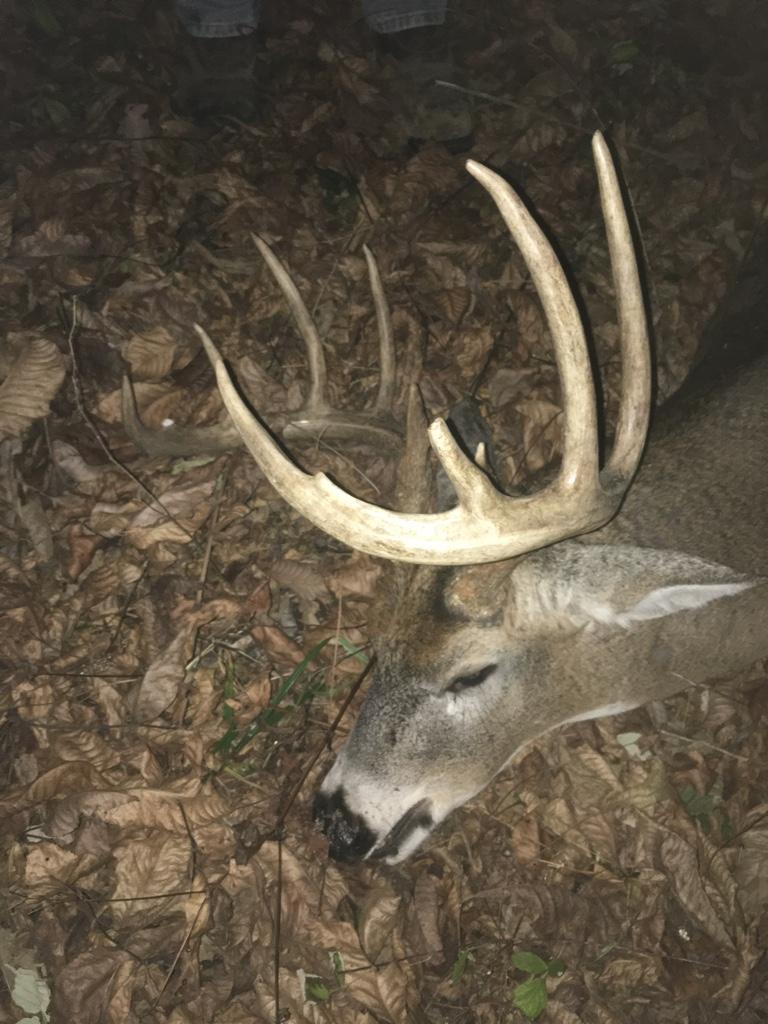 Sent from my iPhone using Tapatalk

Take the good (nice buck) with the bad (virus) I guess. Congrats.

Wow, great buck. Way to wait for the right time to make your move in him. Glad the family is recovering.

Congrats on a dandy and stay healthy

Great buck! Congrats on the success.

Congrats on the buck! Very nice

Nice buck! Hope your recovery from covid is quick.

The headlamp is funny, but annoying

Wife and I both had it, but basically like a cold for us. Well, a cold where I couldn't taste or smell. Hope your cases are minor too.

Heck of a buck. Congrats

Sent from my SM-G970U using Tapatalk