Staff member
This lil story goes back to 2017. My buddy Nic Carter was here in Iowa with a coveted Iowa bow tag in had. On Nov. 28, 2017 he missed the deer due to some very (un)fortunate equipment malfunction. That year this deer was well over 170 as a 4 or 5 year old. In 2018 and this deer was completely MIA. There were several other aggressive mature deer on the farm and he was no where to be found. To be honest I had written him off as dead. Fast forward to this year and I immediately started getting pictures of this giant in mid July as soon as I got cameras out. No doubt it was the same deer back as a 6 or 7 year old and he needed a name. No other name would fit except for CARTER

I don't know where he had been or where he came from, but I was sure glad he was back!

The rest of the summer he was semi regular and he stuck around once the velvet shed, which is a big unknown with most deer. As season approached he became far less regular. With all the EHD going around I would get very anxious about him falling victim to it.

A massive weather front swept thru the Midwest on October 2nd and I knew the next several days would be really good. The temperatures had dropped 20+ degrees and there was a noticeable uptick in deer movement on the cameras. I am a firm believer of sitting on green on October cold fronts. I don't think it gets any better, not even during the rut! October 3rd was my first opportunity to hunt and I decided on a little 1/4 acre white clover plot tucked in deep next to cover. This plot was near Carter's last known whereabouts. I headed out on my mountain bike in stealth mode decked out in black sweats for the mile long trek to the towerblind. I settled in and deer movement was early starting at just after 3 pm. At 5:15 I looked up on the hill in the grass to the north and there he was and he was coming! He headed down a secluded mowed path I had made to the back side of the clover plot. He entered the plot and when he turned broadside he was at 37 yards feeding and very much relaxed. I decided I would shoot there to avoid any chance of wind swirling from being in a low spot. I settled in my pin and let her fly. The arrow found its mark and I heard him crash into the timber.

I gathered some friends and we followed him only 50 yards into the timber where he lay. It was a blast to celebrate with buddies as it just makes it all that much sweeter. Thanks to all that helped and those that helped me celebrate and especially to my wife and family for all their help and support. None of this would be possible without that.

I didn't think shooting a 200" deer was ever really possible and I certainly don't know what to think about doing it in back to back seasons. I am truly blessed. 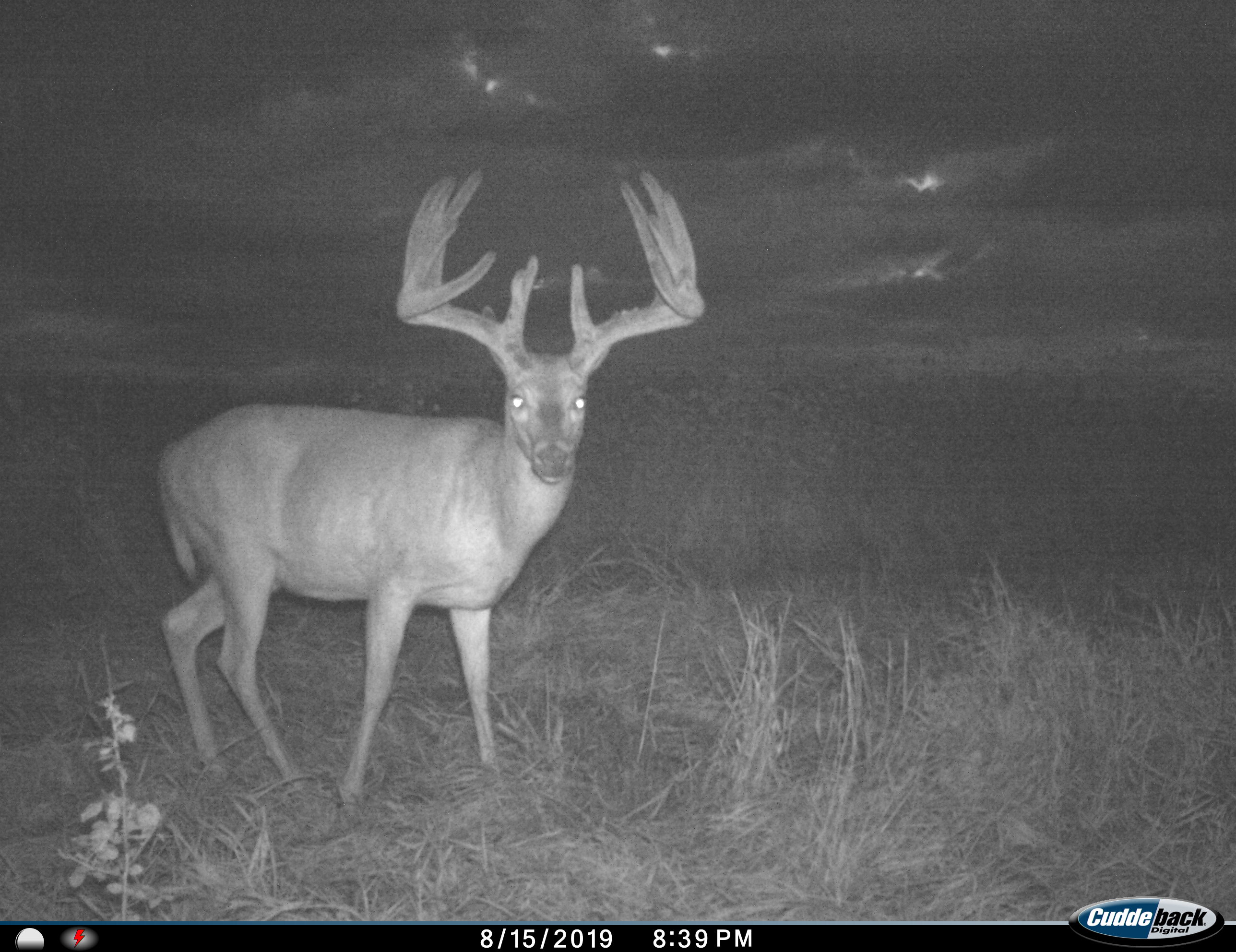 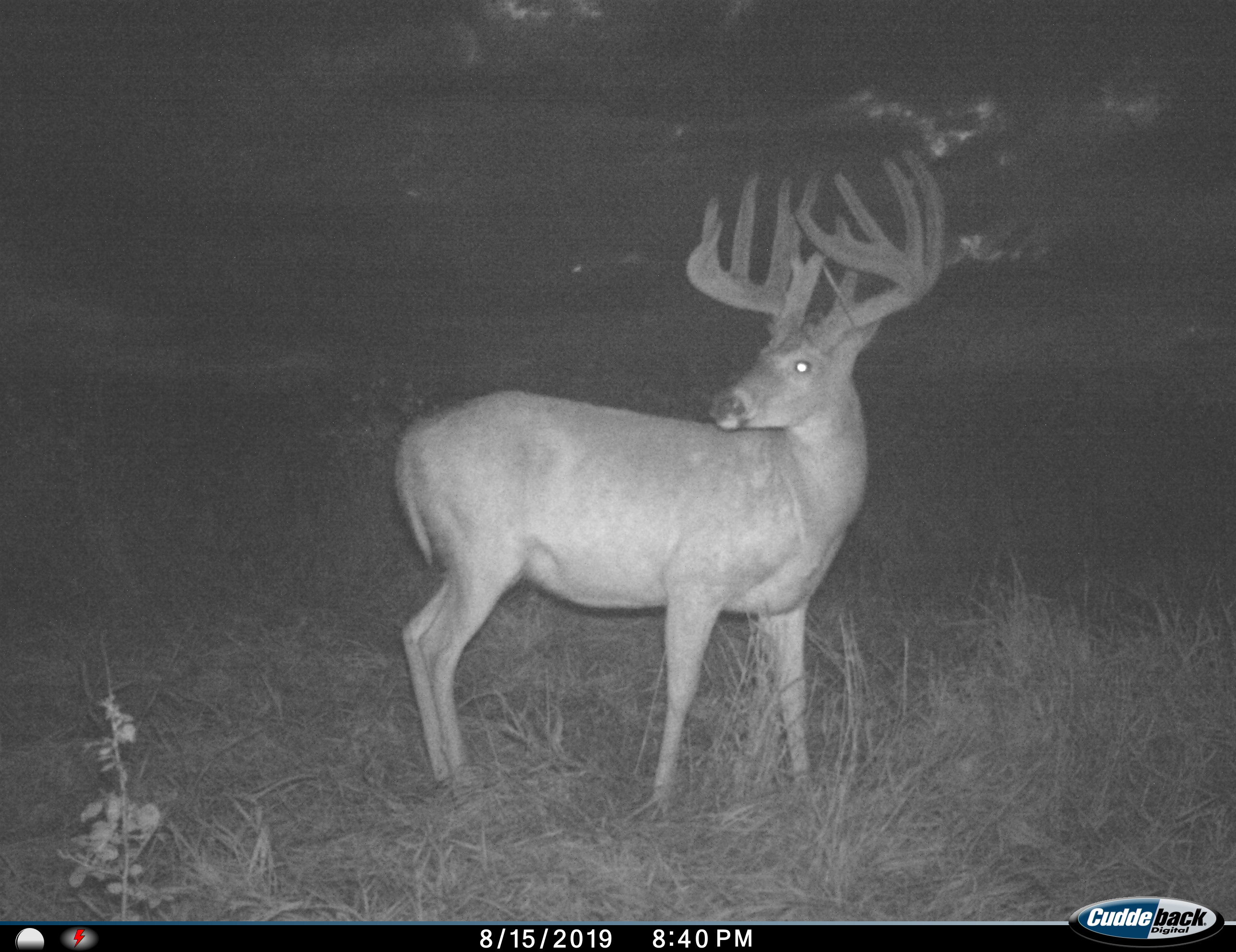 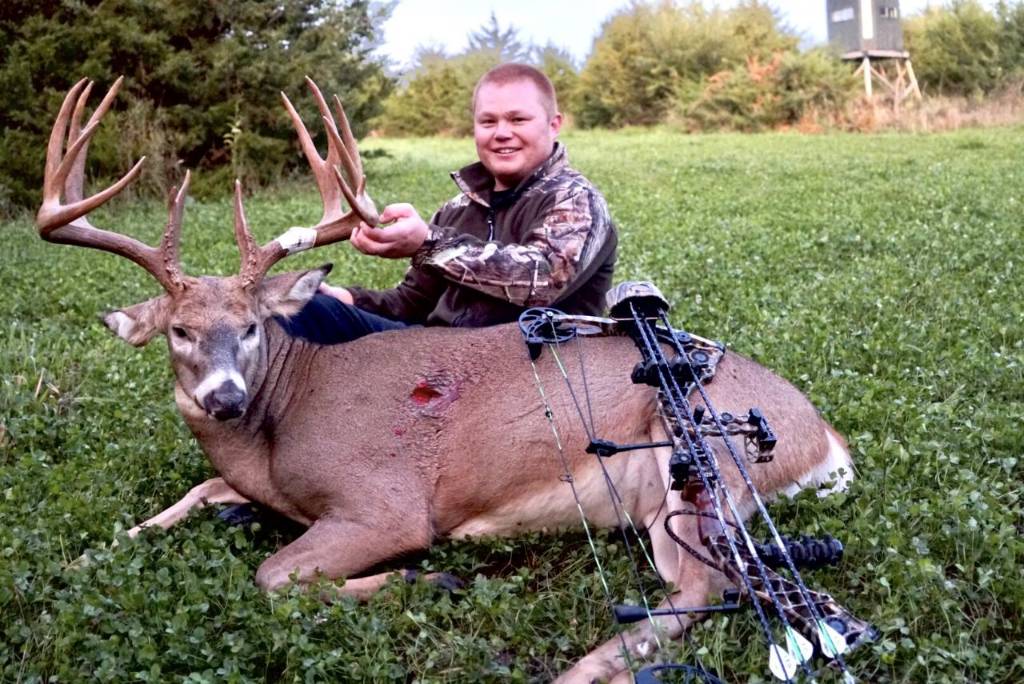 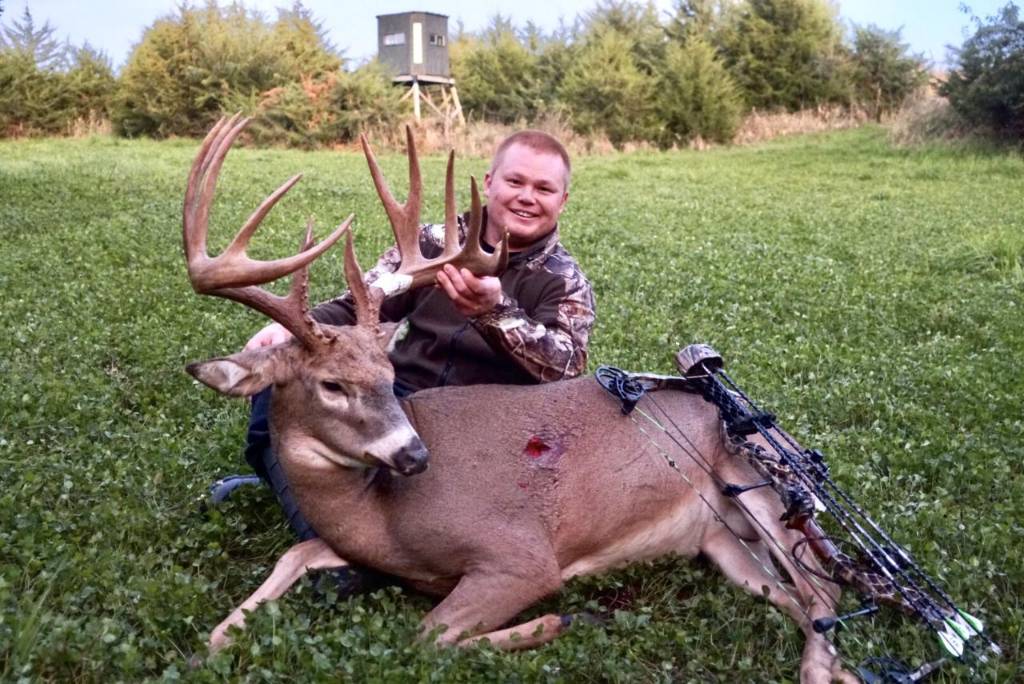 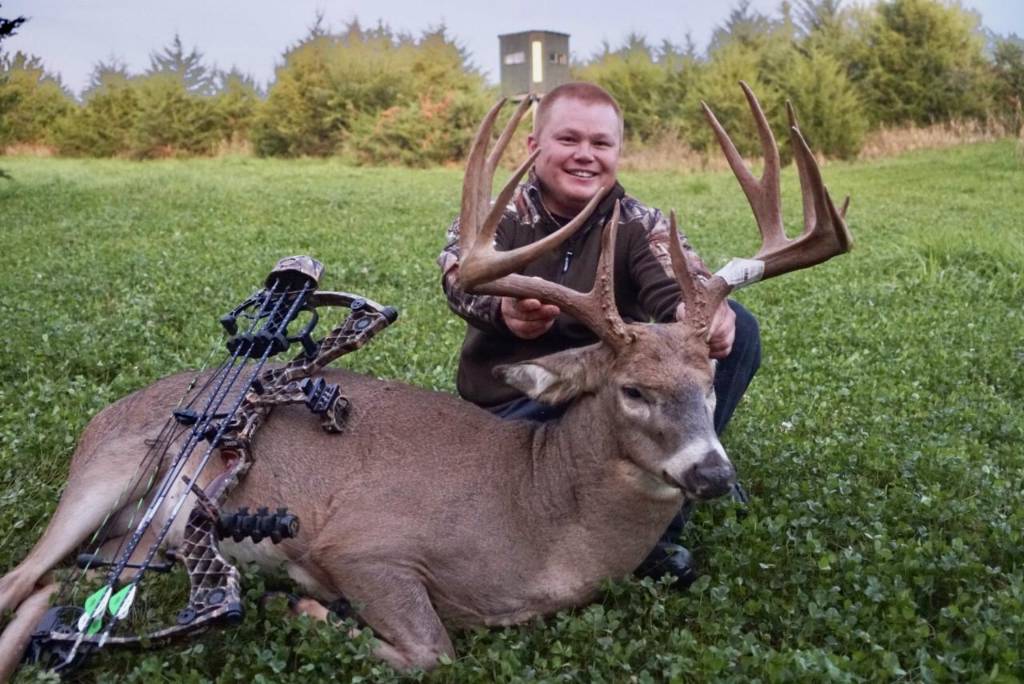 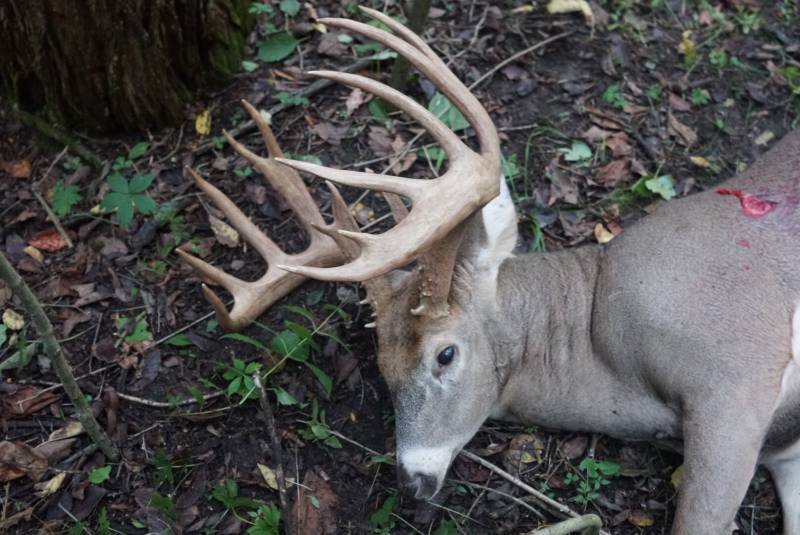 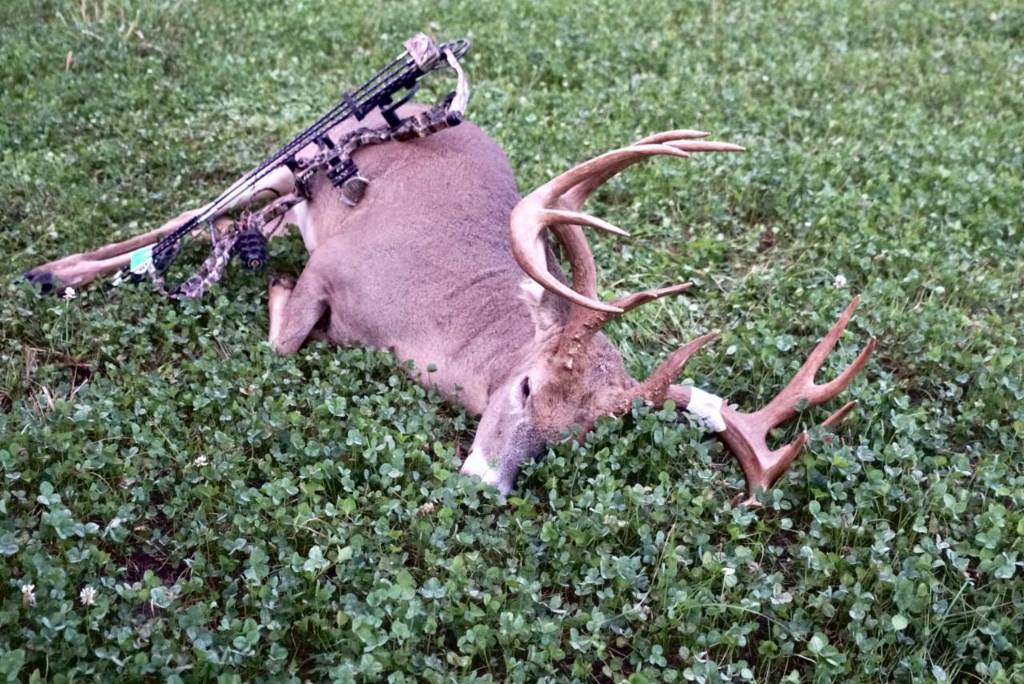 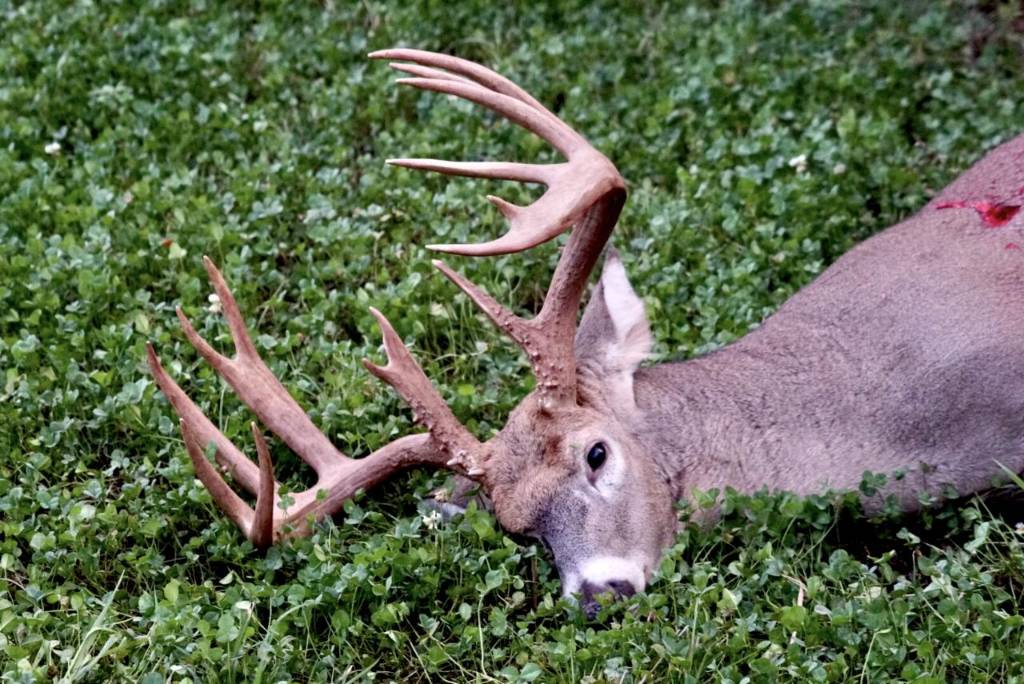 Sent from my SM-G965U using Tapatalk

All I can say is WOW! Congrats! Most will never see a deer of that caliber in there lives let alone kill 2 of them in consecutive seasons! Obviously your hard work on the farm has paid off! Nice job!

Fantastic buck, major congratulations! Please tell me that we are on the same team this year.

Wow! Congrats on a awesome buck!

Wow!! What a stud! Congrats.

Sent from my SM-G960U using Tapatalk

WOW, congrats. Thanks for sharing.

Great deer!
Looks a lot like the buck in my avatar.

Wow, what a brute! Congrats!